Kissing other girls and missing kissing the taste of your coffee stained lipsAnd hating the sound of your lovely, uncertain voice.

Remembering the shape of my fingers around your hips

And trying to block out all the background noise, wishing I still had a choice.
I spend most of my nights

Wishing you were here and being glad that you aren’t.
God won’t you pick up the phone

Just a little motivation to get me through the day.
For some odd, unexplainable reason my heart refuses to give up even in the face of adversity.

For some odd, unexplainable motherfucking reason my hearts not interested in anything but you and me.

I can’t believe how much

I envy the cup of coffee that gets to kiss your sleepy lips awake every cold and bitter morning.
I spend most of my nights

Wishing you were here and being glad that you aren’t.
God won’t you pick up the phone

Just a little motivation to get me through the day.
God won’t you pick up the phone

Just a little motivation to get me through the day. 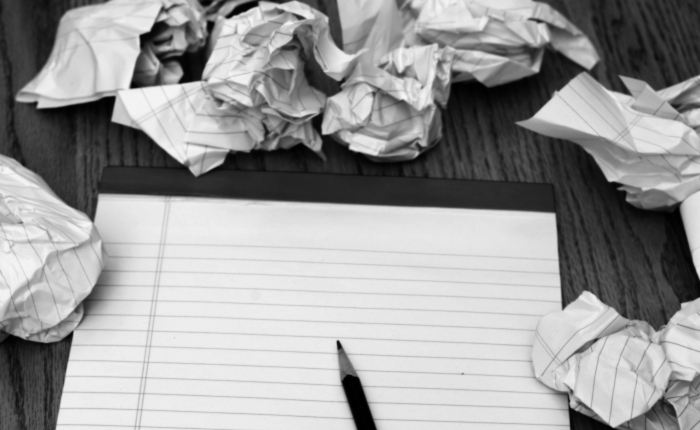 I constantly have writer’s block.

I have an underlying feeling that whenever I write something and post it somewhere where other people can read it, I assume people look at it and dislike it. I assume they ridicule it. Probably because I was picked on often as a child. Numerous people were picked on when they were kids though, I have to get over that feeling.

That’s not the only reason I often can’t get my ideas out of my head and on paper (or more technically, on screen). I also feel like everything I write has been written previously. As if all of my ideas and how I present them are unoriginal, or in some way have already been presented in a superior, more interesting way. Although that may be true, that’s an exceptionally poor way to think if you want to become a writer. Of course your ideas have been presented before, in some cases superior and in some cases inferior. However, that doesn’t mean you can’t write about them too; put your own spin on things, or even just get your feelings out for the therapeutic part of it. Also, the more you write, the better you’ll become at expressing yourself and your opinions or stories in your own voice.

What is a beautiful life?

Not entirely full of tragedy, of course. A life of nothing but tragedy hardly sounds like a life worth living. What I mean, more specifically, is a life full of low points and high points. A life full of failures and disappointments and success and fulfillment. Without a bit of rough waters, what would be the point of sailing at all? Where’s the excitement? How can you feel like you’ve accomplished something without overcoming any obstacles?

I find beauty in struggle, in depression, in darkness. Some of the most powerful emotions I’ve ever felt and have experienced from others have been emotions of depression, loneliness, struggling. That’s not to say that I believe in nothing but the morbid, the unhappy, a sort of nihilistic philosophy. Rather, it’s the opposite. The beauty of these emotions is that they are finite. At one point, you will find a way out, at least temporarily. Those moments of bliss, those are the moments worth living for. The moments of reflection; being able to look back at what you’ve been through and what you’ve accomplished despite your situation. Those are the moments that make life beautiful, and those are moments you can never experience without first experiencing the opposite.

These are the moments I strive for. The moments that help me believe making tough decisions that may seem astronomically scary or uncertain worth making, if for nothing more than the experience. Nothing is more boring than a life without adversity. A life without adventure. And nothing is less beautiful than a boring life.

It’s hard for me not to feel left behind now-a-days.

Everyone around me is moving forward, and I feel like I never progress at all. I feel inferior to other people, even though I don’t believe I am. My friends all go away to college, and I have a 20 minute commute. It feels like I’m still in high school. People live in dorms or have their own apartments and I still live with my parents. Granted, I’m only 18, but it’s not the point. The point is; I feel like I have no freedom to grow up. My parents don’t want to loosen up their grip on my life. In many ways they have; I can generally be out all day and night and as long as I let them know I’m alive they don’t mind. They’ve finally started letting me have friends over when they’re not home (apparently I’m now less likely to “destroy the house” when they’re not around, despite the fact that when I have friends over, I don’t leave my room. Why would I?). And I finally have complete control over my bank account.

However, there are still very serious and looming issues they hold over me, such as the actually ownership of my car. Technically, the car and the insurance are under my father’s name, but I make all of the payments. We do it like this so it’s cheaper for me. But when I try to move out and they tell me they’ll either a) take the car and sell it or b) put the car in my name entirely, it puts me in a position where all of my options are equally awful and I just choose to be complacent instead of causing issues. This leads to a cloud of depression looming over my head constantly (especially during the winter months. Work, school, issues with my family, and a sever case of cabin fever from being stuck inside all winter).

Moving out of the house is actually a whole separate issue by itself. I wanted to move on campus to get the experience of living on my own without having to actually leave them, and they refuse to let me do that either (without stipulations). I can do that, but then I lose the car because “I won’t be able to afford it.” However, if I lose the car than I lose transportation to work, and then I lose my job. If I lose my job, than I can’t afford anything. And so the cycle begins again where I choose to just stay complacent in my current situation rather than deal with the headache that would be trying to convince them otherwise or doing this all myself.

Maybe that’s part of the problem; that I constantly choose to stay complacent rather than make a big decision without their consent and deal with the consequences. But that’s a double-edged sword as well. If I make the decision on my own and it doesn’t work out, I have to go back to them (which they would be all right with, they wouldn’t just let me fail and then leave me hanging). However, in a way, that’s worse than just staying complacent until I can make a better move. Because having to go back to them in their minds would be the same as saying “You were right, I was wrong.” And I refuse to do that. I refuse to admit that I’m wrong when I know I’m not. I will not fold for the sake of convenience. That’s not how I am.

So until I can come up with a superior plan to move forward, I suppose I’m just going to have to get used to feeling left behind, despite how mentally painful it can be. Maybe it’ll make me stronger in the long run (it hasn’t killed me yet, so that must mean something).

Pumpkin spice everything is making it’s way to all of the coffee shops (cream cheese frosting is extremely delicious). I’m beginning my sophomore year of college, and I’m getting that “It’s a new year, another chance to improve upon myself.” feeling again, just as I did when I started my freshman year of college. I’m feeling cheerful. I’m feeling inspired. I need to capture this feeling in my pen and not let it go.

Soon the leaves will begin to change and fall from the trees, and I love that. It’s part of the reason Autumn is my favorite season (that, and my birthday, and Halloween).  Everything is changing and it’s beautiful and it’s awe-inspiring, even in my dreary, melancholy home town. Autumn paints a fresh face on the dull and the uninspired. For me, it’s a time of reflection. I look back on everything I did the past year and I try to figure out what I can do differently to improve my life and the lives of my friends and family. To me, New Year’s isn’t the start of a new year. Autumn is when all the real changes take place. January is only the start of the new calendar.

I want to focus more on my schoolwork this year. I want focus on my writing, and my music. I want to read more books. I need to continue to deal with my own personal issues and improve upon those as well. I need someone to support me and make sure I actually work on all of the things I want to change/do differently, and then, I need to learn to support those changes by myself. I suppose you could say that instead of a New Year’s Resolution, I have an Autumn Resolution.